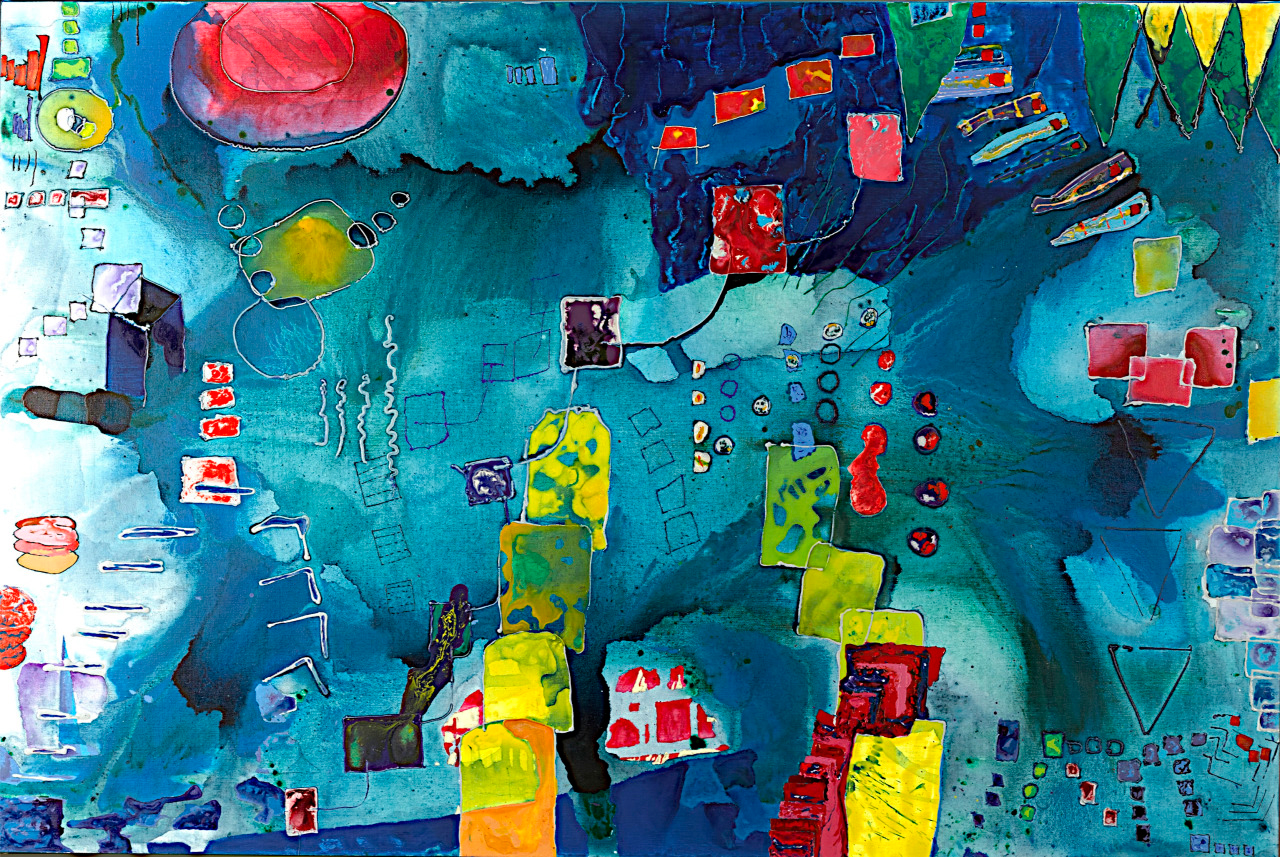 After the Sixth I went straight on with the Fifth, whose music I also knew quite well. Its knocking rhythm or theme, which sets it off, runs more or less through the entire symphony, and is there in my painting. The music is fascinating and it can be interpreted in many ways. The knocking was the jingle of the Norwegian broadcaster in London during the Second World War. Only members of the Nazi Party in Norway were allowed to have radios in those days and listening to London was illegal. This connection is deeply rooted inside me and motivated me when deciding the dramatic and dark and ominous, like war; colours. For me, the music is an on-going struggle between different forces, good and evil. Good wins and this victory is so brilliantly described. All bad moods are forgotten. In Norwegian there is a saying, “When the end is good, all is good!” That really applies to this Symphony.
London, 2015