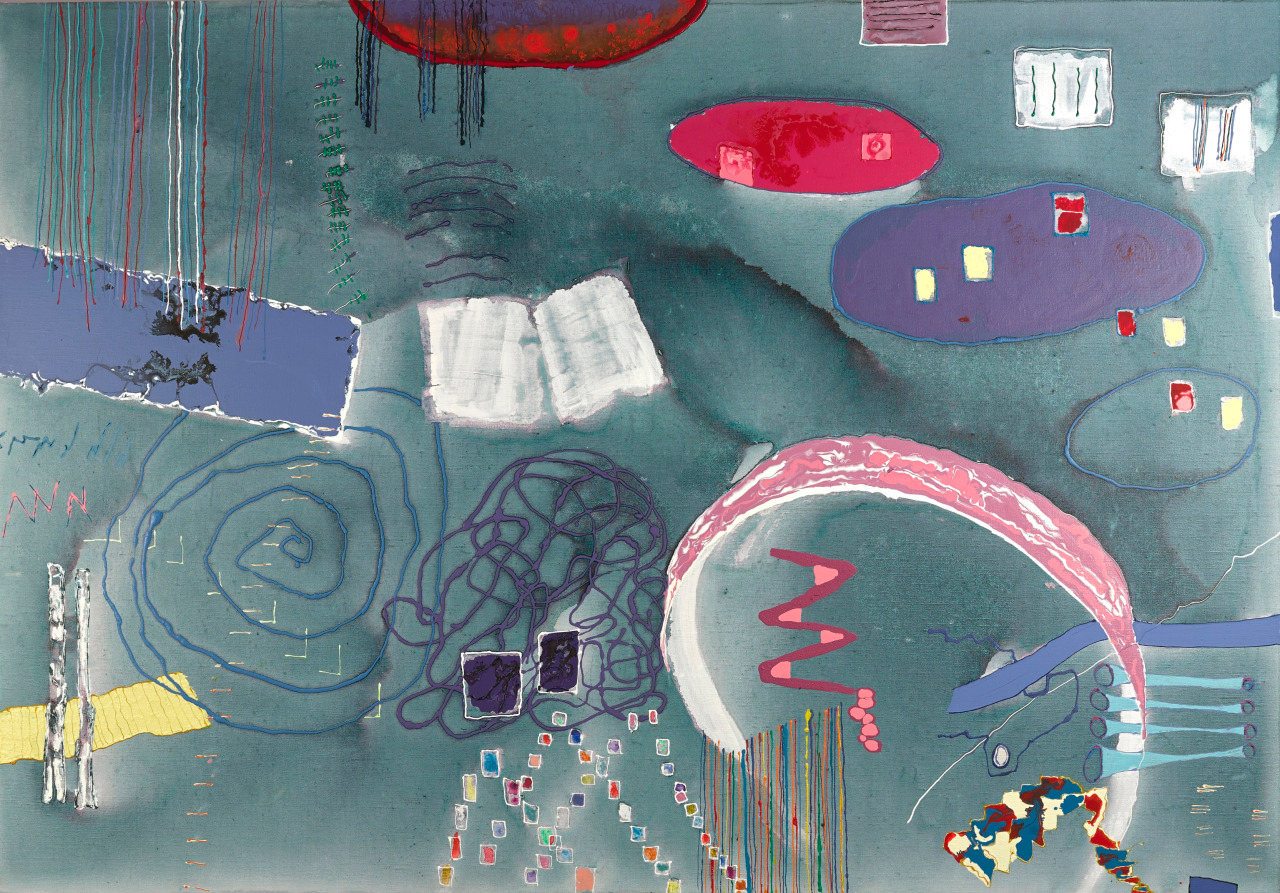 This Symphony might become a little lost between the more gigantic works. It is the shortest of the nine symphonies. It is playful with wonderful melodies.
I felt that the painting should have a simple surface, not become too “loaded”. The figures should carry the colours. The background should be more silent than the Seventh (which I had just done). After I had mixed the background colour. I started covering the whole canvas with one mix; I made it less green than I had planned. Changing my plans like this got me into some trouble. The rest of the colours became a bit reluctant to cooperate. I almost had to “force” them onto the canvas. At one moment the process felt so strange to me that I put the canvas away, facing against the wall to let the work with it rest.
Indeed, as the Third had occupied my mind and I wasn’t resisting it, I turned my attention to it again.
When I finished the Third, I revisited the Eighth and turned it away from the wall. I felt now I could finally fulfil my intentions. I can’t quite explain why this painting turned out like it did. In a way the music deserves a more happy expression. I think perhaps it had to do with my reading about the Composer’s life at the time. The summer of 1812 was a difficult personal period for Beethoven. And it is in a way most astonishing that he in times like this, was able to create this light hearted music!
In 12 years since 1800 Beethoven had composed 8 symphonies (and of course a lot of other works!). Another 12 years would pass before he presented his Ninth.
London, 2015