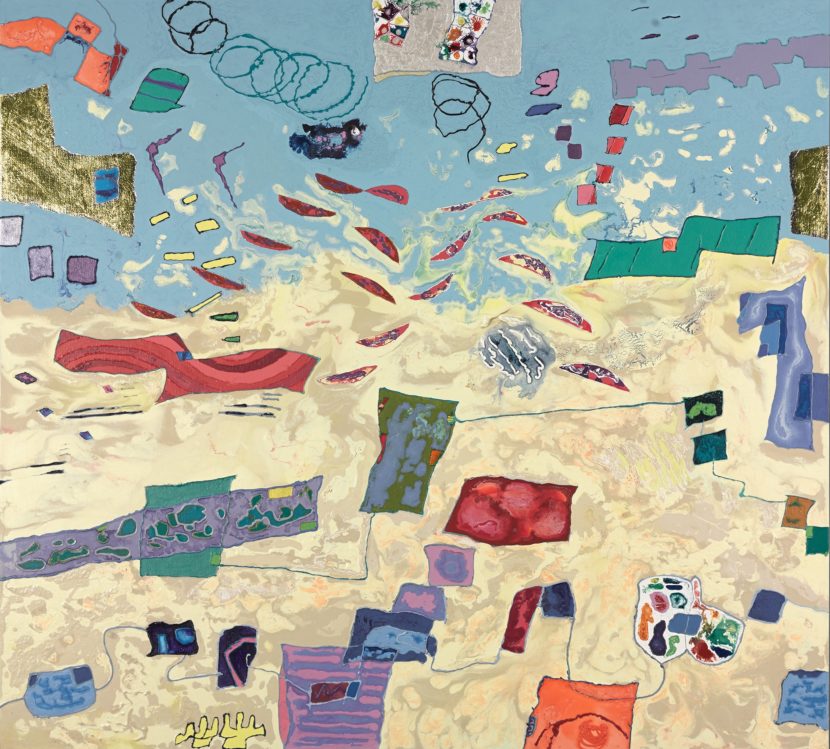 At the end of 2015 and the beginning of 2016 I worked on four paintings each of them inspired by a movement of Beethoven’s String Quartet no 12. This was my second Beethoven project as before this I had finished a series of 9 paintings each inspired by one of his Symphonies.

Beethoven’s music speaks to me as an artist. I am carried along with this music as it always is headed somewhere. There is a drive, a longing, a desire to achieve – it is all in the music. I tried to interpret this as I understood it, and to express it in my language which has no score but rather shapes, forms and colours.

This way of translating from music to painting is in some sense meaningless. Why would one want to disturb what is a perfect expression? I wouldn’t want to change anything! But I couldn’t resist the inspiration that the music aroused inside me.  I couldn’t just listen, I had to, and wanted to, express some of this inspiration in my painterly language!

I made one painting for each of the Symphonies. This time I wanted to go closer by making one painting for each of the Movements in the String Quartet. And I chose the size of the canvas in proportion to the length of each Movement. As always when starting a project there are a lot of thoughts flying around; and I hadn’t decided which of the Quartets to approach. So the first thing to do was to sit down and listen through most of them to decide. They are very different! But when the first chords of the First Movement of Opus 127 came to me, it immediately became clear that this would be my choice. And so I started to work. Having decided the formats I started sketching the Four Movements. Some ideas of colours was noted on the sketches, but the question of colours is usually decided during the painting process.

As an indication that these pieces belong together and in which order, all the canvases have a field of metal leaf on the side that fits into the painting before or after.

I love to sit in front of them and listen to the music!

All works are available, for more information email kjell.folkvord.artist@gmail.com